What is Aicardi Syndrome?

Aicardi syndrome is a rare neurogenetic disorder that affects 1 in 100,000 to 1 in 150,000 live births. Children born with Aicardi syndrome experience developmental delays, brain abnormalities and seizures, and often have very typical eye abnormalities, among other features. Another prominent feature of Aicardi syndrome is presence of a partially or completely collapsed corpus callosum, the structure linking the left and right hemispheres of the brain. The genetic mutation that causes Aicardi syndrome is thought to be caused by a dominant mutation that appears in an X chromosome-linked gene, but the exact mutation and associated gene/mechanism has yet to be identified. The disorder primarily affects girls (XX) and can occur in males with Klinefelter syndrome (XXY); there are only a handful of reported case in newborn boys, as it’s thought to be lethal in males (XY) due to a single X chromosome. Although AS is a genetic disorder, it doesn’t appear to be passed on from parent to child or run in a familial line. Currently, there are about 1,000 cases in the United States and 4,000 cases minimum worldwide. It is probable that many cases go undiagnosed due to lack of care, atypical presentations, or early death in children with AS.

Aicardi syndrome was first described by French neurologist Dr. Jean Aicardi in 1965. Initially, Aicardi syndrome was characterized by three main features: partial or complete absence of a corpus callosum, infantile spasms, and lesions on the retina that look like yellow spots (formally chorioretinal lacunae). Over time, with more research and reported cases, the syndrome is now recognized with a much broader spectrum of symptoms than just these three. Not all girls experience the three conditions listed at its discovery, and there are many additional symptoms including: lower tone in the head and trunk of the body, small head circumference (formally microcephaly) and spasticity in the limbs. However, retinal lacunae and seizures are present in almost all reported cases of Aicardi syndrome.

Findings in the brain such as heterotopias, polymicrogyria, pachygyria are often found in girls with Aicardi syndrome, and they are very likely to have prolonged or repeated seizures. Heterotopias are groups of brain cells that migrated to the wrong area of the brain during fetal development, which are often associated with epileptic seizures, developmental delays, and neural deficits.  Polymicrogyria causes numerous small folds in the brain and an abnormally thick cortex; oppositely, pachygyria causes abnormal migration of the neurons in the developing brain, leading to too few gyri (folds) in the brain, which are resultingly flat and broad.  It is also common for girls with Aicardi syndrome to have developmental abnormalities in the optic nerves, small eyes, and distinct yellow lesions that can be seen in the retina/back of the eye. Specifically, there are clear-round footprints or yellow white marks in the retina and gaps or holes in the optic nerve (called colomba).

Although Aiciardi syndrome is characterized by features in the brain and eyes, it is not uncommon to also experience skeletal or bodily features with Aiciardi syndrome. It is not uncommon to have skeletal features such as missing ribs, butterfly vertebrae, hemivertebrae, or other spinal abnormalities. Vascular malignancy, hyper- and hypotonia, scoliosis and feeding problems have been reported. Some cases also report having skin conditions, facial asymmetry, small hands, and cleft lips. It is also thought that girls with Aicardi syndrome have increased incidence of tumors compared to those without Aicardi syndrome. It is important to note that these symptoms occur in girls with Aicardi syndrome can be common but are not in the diagnostic criteria for AS. Overall, however, reported cases of Aicardi syndrome vary in severity and number of features; each diagnosis is unique in severity and scope.

Diagnosing Aiciardi syndrome usually begins with development of seizures and is further investigated/confirmed by magnetic resonance imaging (MRI) and a special eye examination to confirm presence of retinal lacunae. Treatment is widely based on the case by case manifestations experienced, but may include treatment via neurology, neurosurgery, epileptology, ophthalmology, orthopedics, physical therapy, speech pathology, occupational therapy and more. Most treatments primarily consists of managing the seizures associated with Aicardi syndrome, which is often difficult because the seizures are often resistant to medicine. Depending on the type of seizure, common medicines prescribed to girls with AS include: vigabatrin (Sabril), sodium valproate (Epilim), clobazam (Frizium), levetiracetam (Keppra), topiramate (Topamax), or a short course of corticosteroids called prednisolone. In addition to medicine, an option for treatment is the ketogenic diet, a high fat and low carbohydrate based diet. Although the keto diet is often an effective treatment to manage epilepsy, it should be used with caution in children ages three or less. As a preventative measure, it is recommended to have an ‘emergency plan’ for managing seizures if and when they occur. Brian surgery or placement of a vagus nerve stimulator (VNS) is often considered if refractory epilepsy does not respond to other treatments, but many girls with AS are not considered candidates for surgery because of multiple brain areas producing seizures. In most cases of Aicardi syndrome that have undergone surgery, seizures still continue but some saw improved control or a seizure-free period. Overall, long term management of seizures via a specialized neurologist is also recommended.

Most children with Aicardi syndrome present moderate to severe disability, both intellectually and developmentally; however, there are a few cases of children presenting more mild features. Many children with Aicardi syndrome will eventually learn to sit independently, feed themselves, walk, and speak in short sentences. Aicardi syndrome is highly variable in its presentation and severity, therefore survival is also unpredictable and most probably depends on the severity of accompanying conditions and seizures. Aicardi syndrome has a median survival of 30 years from birth, and the chance of survival increases as the child ages. The highest mortality risk occurs in the first few years after birth and adolescence, with common causes of death often being respiratory failure, infections, and SUDEP, among others.

Overall, there is a lot to still be known about Aicardi syndrome, like its genetic origin and mechanism. According to the Aicardi Syndrome Foundation, Baylor College of Medicine and University of California, San Francisco are conducting research on the genetic causes of Aicardi syndrome. Baylor has been studying DNA of girls with Aicardi syndrome through a research method called microarray-based comparative genomic hybridization (array-CGH for short), in hopes to find the genetic bases of AS. UCSF has been studying genetic disorders that affect the corpus callosum in order to better understand the syndrome and try to find more effective treatment.  In addition to this research, there are currently eight clinical trials with Aicardi syndrome according to the US National Library of Medicine. With more research, there is hope to discover more about this rare genetic syndrome. 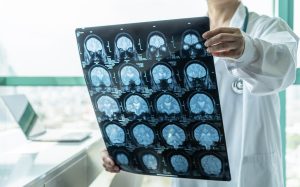 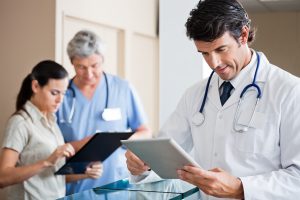 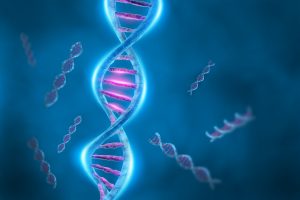